06 Dec How to Detect Drones

Over the years, drones have evolved from a military aircraft deployed primarily for surveillance to an easily accessible, multi-use tool being used for everything from transporting goods and medical supplies to more nefarious activities such as smuggling contraband and being weaponized to inflict significant damage on unaware targets. With that in mind and as the threats that drones pose have become more prolific and commonplace across the world, it’s time to start considering solutions to combat the threat.

But really, what is drone detection?

With Invictus’s drone detection solution, the AeroDefense AirWarden™ system, any drone that emits an RF signal can be easily detected — be it a ready-to-fly consumer drone, a commercial or military drone, a Do It Yourself (DIY) drone or even a swarm of tiny micro-drones. The system specifically classifies drones and separates them from other types of objects like planes, trains, and automobiles. 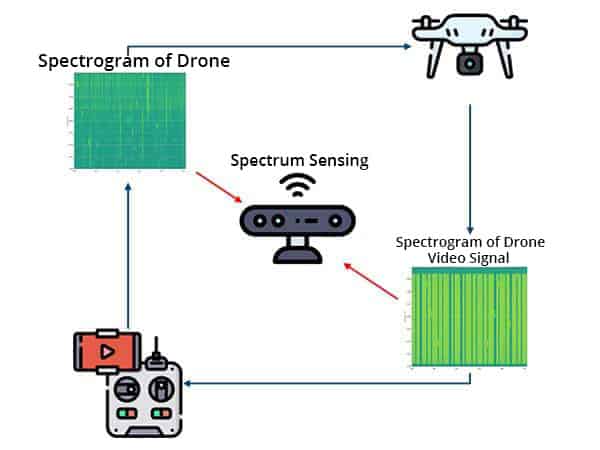 The Invictus solution uses only one type of sensor to detect the drone and its controller immediately after they are turned on and connected. It also uses an underlying technology that detects physical energy generated by frequency-hopping drones/controllers, called spectrum sensing, that allows the detection of drones to happen within seconds. Once detected, the signal is analyzed and run through several filters to calculate its location. The system then sends alerts to security personnel via command console, email, or text.

The Invictus solution does not demodulate nor decode signals. Instead, the system follows a trilateration method where the sensor uses the power level of the signal to calculate the distance of the signal from the sensor.

How far can the system detect a drone?

The Invictus drone detection solution can detect drones within a range that is equal to the connection range between a drone and its controller. So if a drone and controller can connect up to 3km apart, the system can detect at 3km or slightly more.

However, it should be remembered that the range between a drone and controller depends on the area they are in. This is because RF signals behave differently in built-up environments.

You need not worry about detection in various weather conditions though, given that the system is designed to be unaffected by lightning, sound, rain, clouds, fog, background noise, or line of site making it suitable for air, ground, and marine UAV detection.

Threats are consistent across multiple business, military, government and law enforcement-sectors throughout the world and happen on a daily basis. With the advancements in technology coupled with easy access, many of these attacks are caused by undetected drones, resulting in potential casualties and property damage.

Additionally, over the last several years, critical infrastructure including airports and ports have had multiple drone related incidents, costing millions of dollars in operations. Drones have also posed serious threats to safety at large events in stadiums and other public areas. Attacks via unmanned aircrafts often lead to damaged properties and potentially injury to personnel or loss of lives.

Monitoring one’s airspace through persistent coverage is an important aspect to an organization’s overall security posture knowing surprise attacks can happen at any time.

Our advice? Assess and optimize your current security plan and… 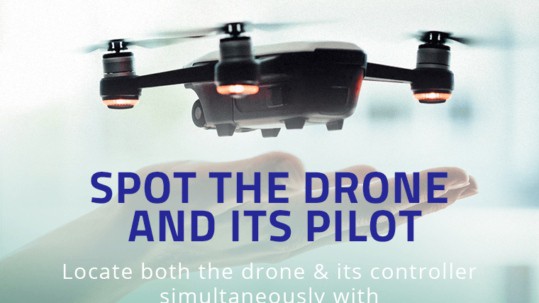